This season I am really excited about the MLB Playoffs. I am excited because there are SO many teams I enjoy watching. In the fall I usually focus more on college football than baseball. I have been switching back and forth so often. I am actually keeping up with the games.

I do have my favorite team which is the Atlanta Braves. I have loved them since middle school and watching games on TBS. But I do have a lot of teams in the playoff that I have a special place in my life.

I am actually torn on how I feel with the new best of 3. There are part I love it’s a best of 3. It will be interesting to see how it effects teams moving forward. We already had Max Scherzer say how much he was used last year affected his performance in Game 1. I’m integreted with how deep some teams go with their pitchers.

They are playing (6) Tampa Bay Rays. This is one of the games I don’t have any connections with either team.

The Rays have a pitcher that I saw in West Virginia when he was a Pirate, so that’s really the only reason I would cheer the Rays. I have family near Tampa who go to a lot of Rays game so I have more favor towards them but overall I don’t really care about this game.

I love watching the Blue Jays play because of the names on the roster. They have HOF’s on the team and I want see how so many “big names” play together. I’m not sure why but I have been obsessed with personalities on how they mesh together.

I am stoked for this team. We were a Mariners affiliate for 3 years so I seen so many of these guys go through the Mariners system. I saw Cal Raleigh hit his first professional homerun. (He actually hit 2 homeruns that night from both sides of the plate) I joke that I liked Cal before anyone else. The Mariners will also have a special place in my heart. I hope that all the fans that come out for the postseason come back for the home opener.

I don’t like the Phillies. I am a Braves fan and just going to leave that there. This is probably towards the bottom of teams I want to watch.

Full Transparency – This is our current affiliate. I am not known for choosing my words wisely but I will try really hard. I don’t like the Cards, and I have seen I was in high school. When we agreed to come to our new team, I said I would play nice. This is probably as nice as I can be. There are 2 reasons I am cheering for them – they play the Braves next and my husband might get a ring if they win.

I’m so over them this season. To be fair it really doesn’t take much for me to be over them. The only reason I want to go to a Mets game is because they have a sensory nook. I haven’t talked about it much but I get extremely overwhelmed in big crowds and sounds. Other than the Mets are irrelevant in my life.

I want them to win only because of my hatred of the Mets. I want to go see the stadium but that’s about it. I told my husband I have matured this season because Manny Machado doesn’t annoy me anymore. It’s also weird that he has become a voice of reason for the team. Never say that coming.

I love the Yankees. I am a sucker for pinstripe, history and tradition. I love that they stick with things no matter what. The transformation of some players once they become a Yankee is night and day. The Yankees were on Sunday Night Baseball and they showed a variety of players who have had to shave or cut their hair.

This is another team we have been affiliated for a while. Gary holds more to the Astros than I do. I really don’t care either way about the Astros. I am over hearing about the 2017 cheating scandal but I do think they handled it wrong.

One thing I am always curious about it is when we lived in OKC, the team just became a Astros affiliate. People in OKC where pissed because they use to be a Rangers affiliate, and the Rangers won the World Series the previous season. I am intrigued to know how many people would be excited to see the Astros there. (OKC is now a Dodgers affiliate.)

This is my TEAM! I am so excited that we are in the postseason again. I love this team. I am so excited to see how far they go this year. it was so fun to see them play this year in Milwaukee. We had great seats behind home.

Before I was a Braves fan, I was a dodgers fan. I LOVED Tommy Lasorda. When we were still in California, I am so thankful we got to go to a Dodgers game. We never sat in our assigned seat during the game because we were too busy walking around the whole time. If we lived in near Dodger stadium I would get the cheapest tickets just to get in the gate. My favorite spot is outfield. They have so many cool places to sit with friends but there are TV and sound. You feel like you are right there.

Here is my rankings of the 12 teams in order that I like them NOT how good I think they are. I am not ready to make a post like this. I am going to stick to my opinions based off the players and my personal feelings.

I want to say Atlanta over LA, but real prediction LA over Atlanta.

Whether it’s the Dodgers/Braves, I think there are going to be so many story lines to play out. 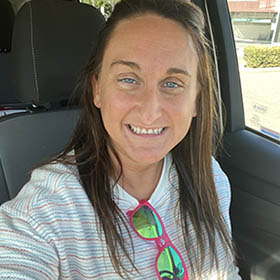 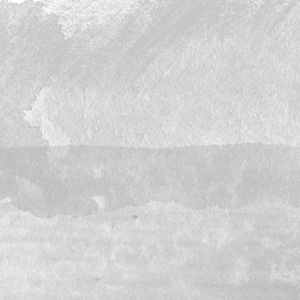